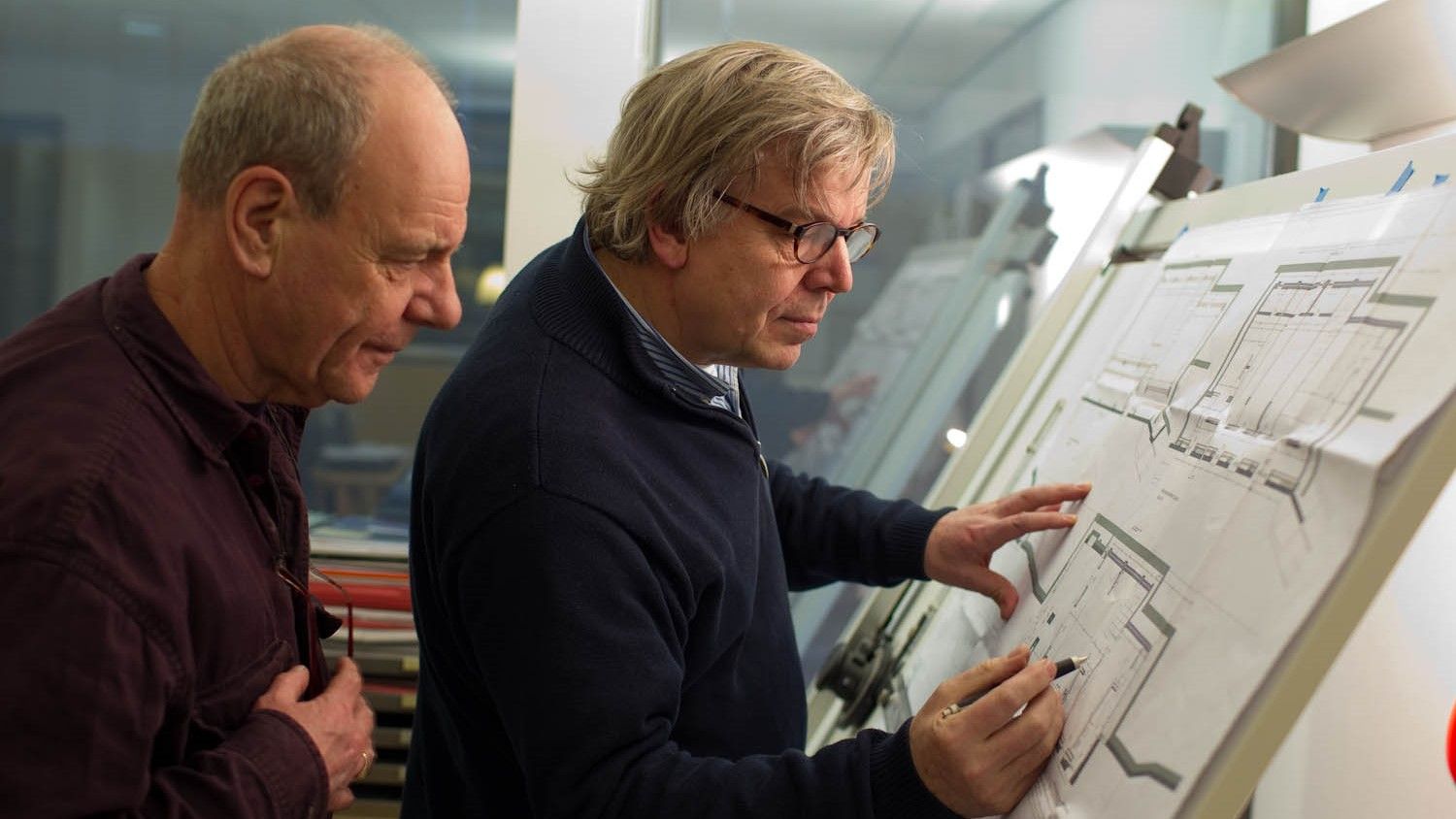 In celebration of the 45th anniversary of Louët BV, we sat down with designer and founder, Jan Louët and asked him to reflect on the development of the S10 Spinning Wheel as well as the history and future of the company.

Tell us where you first had the idea to design + make your own spinning wheel.

At the time, I was working in a factory, designing retail displays for products. The daughter of my boss had an old, broken spinning wheel. It was a type of wheel that was common in the Netherlands, a Dutch Brabants model, probably more than 100 years old. She asked if I could repair it, and I was very interested in it. I thought that the mechanism was fascinating, and I instantly started wondering about how I could improve and modernize the design.

My initial design is what evolved into the S10C. I had made design and technical changes that some people considered shocking. For example, the wheel was only connected at one side. People asked if it could really hold up to do the job [of spinning yarn]. And I replied, ‘cars have wheels only connected on one side to the axel, and they do a heavy job, don’t they?’. 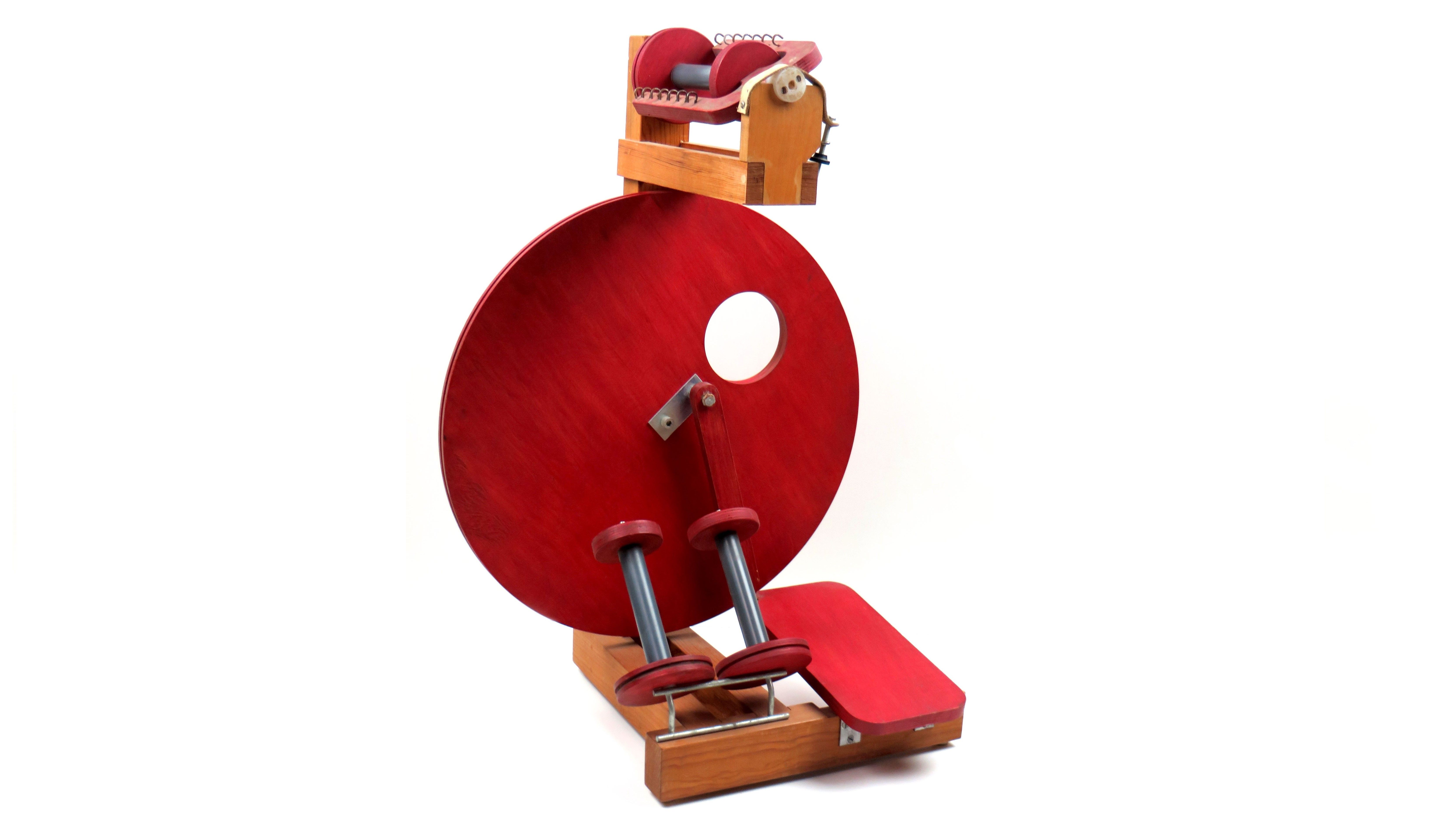 Is this a typical trait you have? To just decide you can make something from scratch?

Oh, yes! I would say I have always had this drive to make something myself from even the youngest age.

When I was 5 years old, I had a friend who had a toy construction set. It had pieces of wood with holes drilled in it and dowels that slotted perfectly into the holes. It was a lovely construction set designed to be very safe for children. And I wanted one. My do-it-yourself-spirit was already in place, and I decided that I could make this kit myself.

I knew my father had birch plywood in the attic, and so I took an ax up to the attic and started cutting the wood myself. You should use a saw for plywood! I ended up hurting my thumb pretty badly and had to go to the hospital. I was always convinced I could make things myself.

As a student, I made my own clothes and shoes and cut my own hair. I graduated from the Dutch Design Academy in Eindhoven, which is now world-famous for its design instruction. I have a passion for making things. 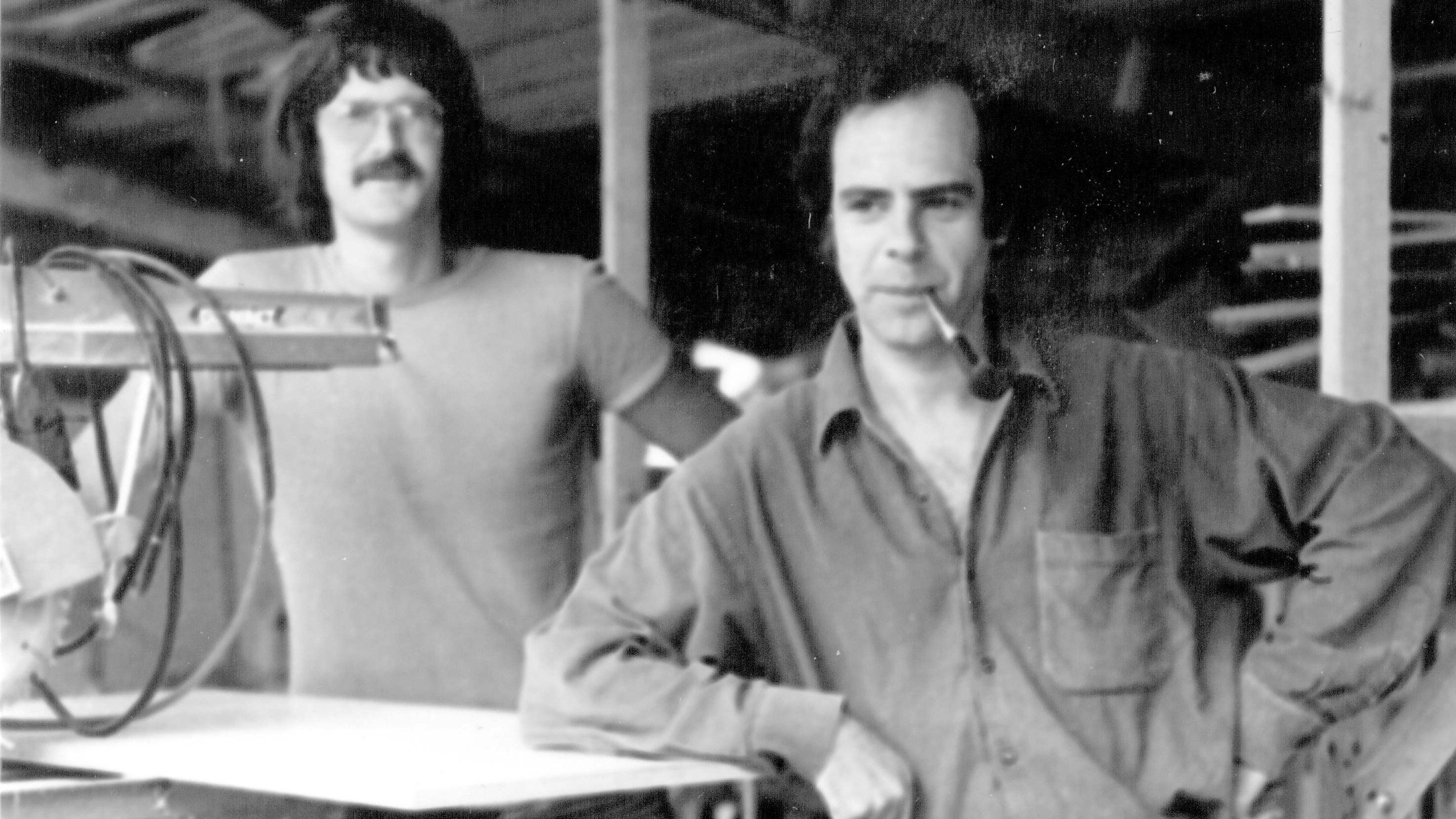 Jan Louët and Clemens Claessen in the workshop in the early days.

So, it sounds like consumers were a little surprised at your spinning wheel design at first. But it was obviously successful, or we wouldn’t be talking 45 years later! Can you talk about some of the early successes?

Weeks after I had made the first prototype of the S10, I found out that there was the Dutch Championship Wool Spinning nearby. I attended so that I could meet new people and show them my wheel, since I was already dreaming of making and selling a small series of wheels. I hadn’t intended on participating seriously in the competition, since I only just taught myself how to spin, but I ended up winning third place! And it was all because of a feature of my wheel design. Let me explain.

The competition was judged on the evenness of your finished yarn, and in the morning, you had to spin a very even, thin yarn and in the afternoon, a thicker even yarn.

Now, keep in mind, most of the other spinners were spinning on older wheels like the Brabants model that I had previously repaired. These wheels were developed during a time when spinning thin yarn was the only important task; if you think back to the 1800’s, people were spinning yarn to weave into fabric, so a thin yarn was highly desirable. A thin yarn requires a lot of twist so the traditional wheels work only well when you treadle quickly. Obviously, many participants in the competition were much more skilled at spinning the thin even yarn in the morning session.

However, spinning a thicker (2-3mm) yarn evenly requires less twist and slower treadling. And this is where my machine excelled. It did a lovely job on the thin yarn, but it could also create an even, thicker yarn. It was my score in the thicker yarn session that won my third place!

Were thicker yarns coming into fashion at that time?

Oh, yes. This was the 70’s, and so thicker yarns were becoming serious fashion. Heavy wool and knitted sweaters were very fashionable. This is a significant contrast to the earlier fashions, such as sweaters of the 20’s and 40’s, which were knit with thin yarn.

At the time, many people were knitting and few of them knew that you could spin your own yarn. And at the time, knitting your own yarn was a way to save money [over buying a commercial sweater]. A number of women were able to earn money with spinning because the demand for yarn was increasing.

In not too long, the knitters discovered that you could spin the yarn yourself and save even more money! That was a time when spinning saw a huge increase in popularity. And because our wheel design was so striking and it could spin both thin and thick yarns, our wheels became very popular. 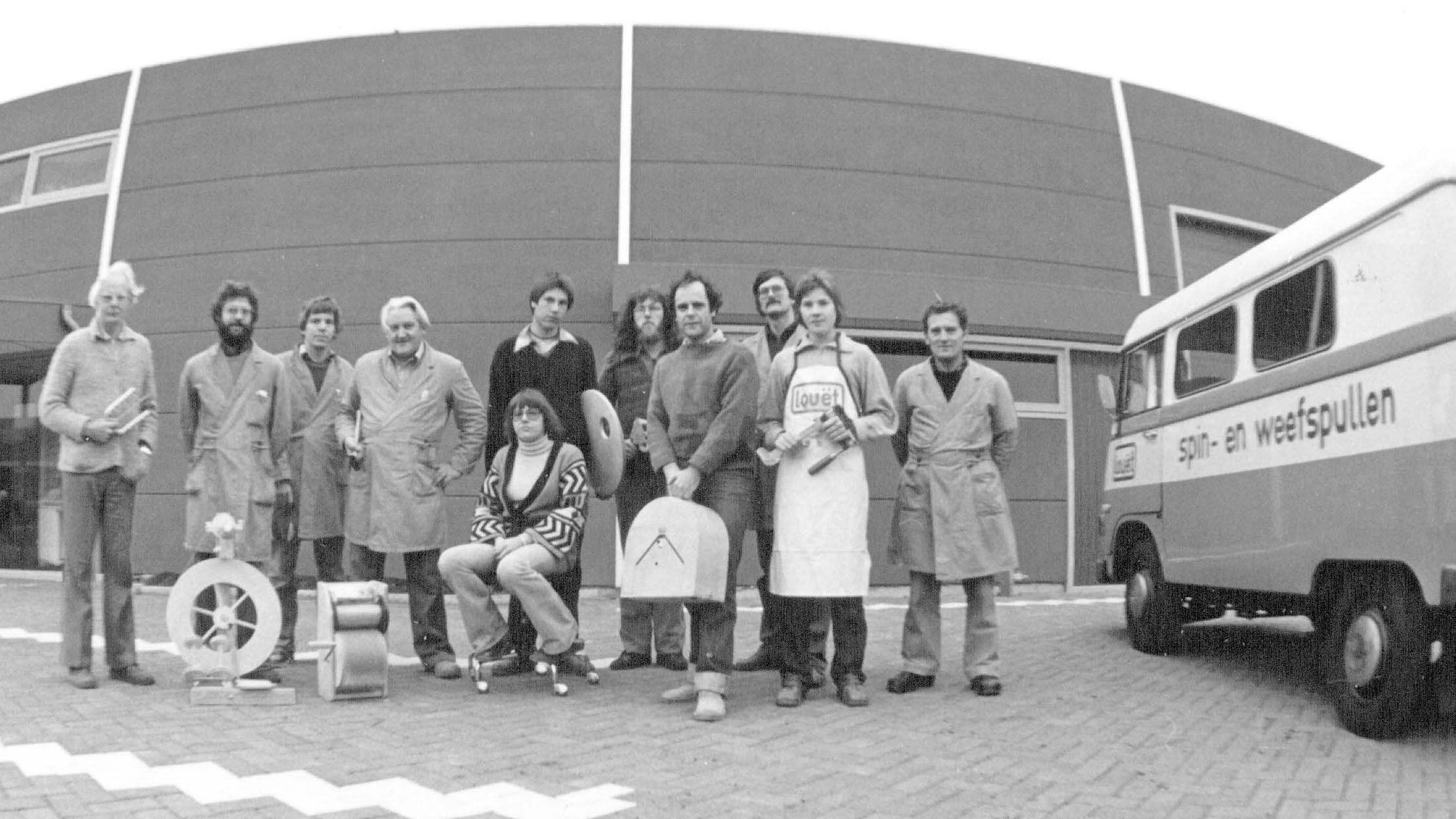 How have trends and consumer demand shaped your product development?

Tremendously. As a student, I was dreaming of making clever, functional products that make people happy. And so of course, that requires developing products that the customers are looking for: the consumers hold the purchasing power.

Over the years, we added additional functionality to our spinning wheels. We developed a Scotch Tension mother-of-all (which can be easily swapped in on the S10C) as well as the Victoria (which is only Scotch Tension), which a number of consumers like for its ease in spinning very thin yarns.

We are always listening to our consumers for input, but from the start, I have had a very strong philosophy about the importance of educating the consumers about our products. This is another story, but I also attended school to become a handicrafts (home economics) teacher. I wanted to teach students about crafting so that they would to become critical consumers, who will demand higher quality and better-designed products. Soon I didn’t have the time to combine my studies with the spinning wheels production because of its success.

You mentioned that as a student, you dreamed of making clever products that make people happy… sounds like you’re doing it and living the dream! What other skills from design school have been important to your work today?

This may be surprising, but an important part of the design education I received concerned production methods and material knowledge. Because that is what impacts the price and feasibility of a product.

I could design the most beautiful and functional spinning wheel in the world, but if I can’t produce it for a price that consumers are willing to pay and in a quantity to fulfill demand, then it can’t be a commercial success.

The skill of maximizing efficiency in production is crucial. For example, our classic S10 has an offset circle cut out of it. This compensates the weight of the treadle, but we also used the cutout piece of wood in the production of bobbins. As well as the corners of wood cut off from around the circular wheel (as the wood begins in a rectangular shape). It’s always important to think about the costs of production as well as the extra value that various features give to the consumer. 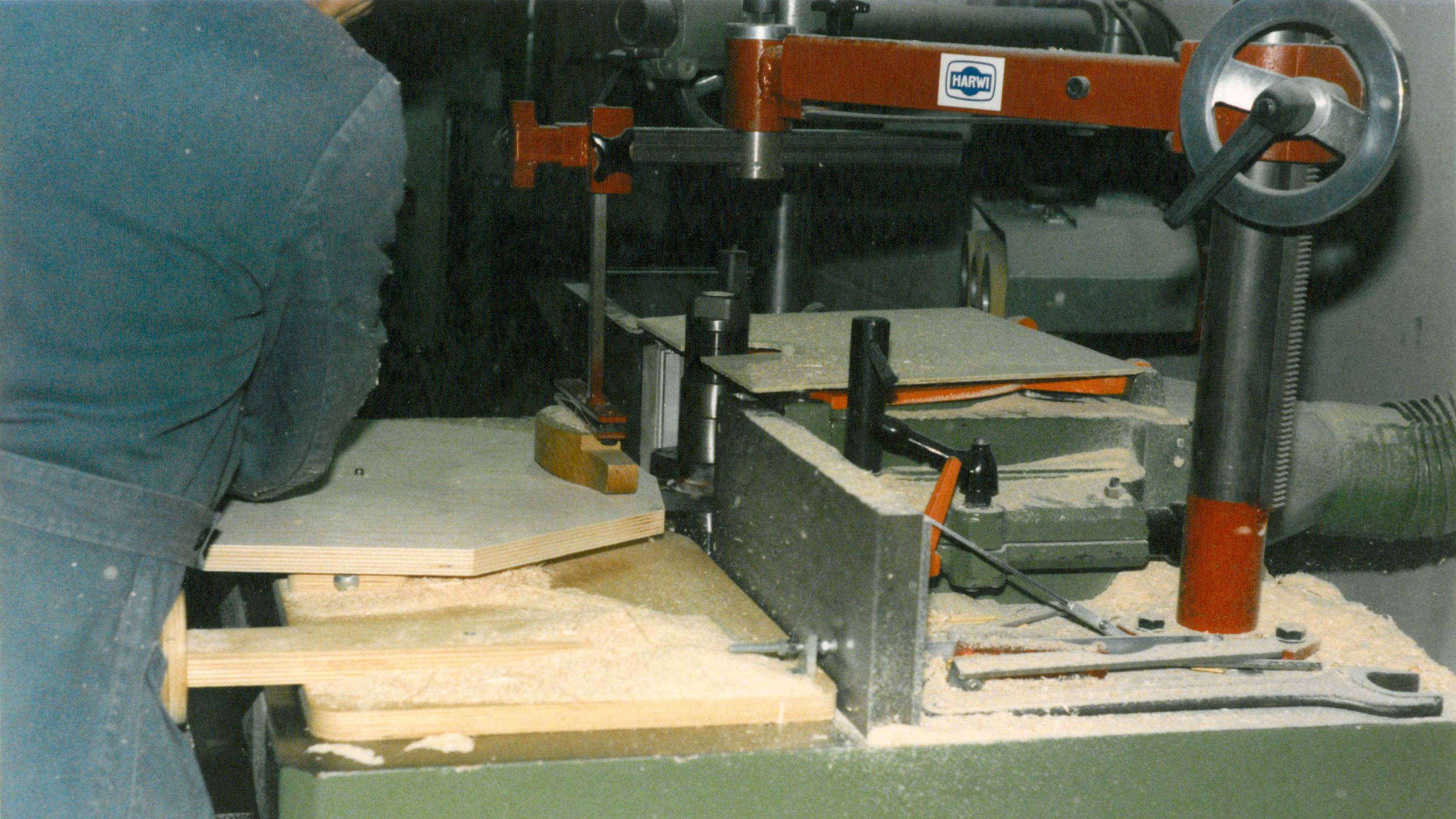 As we have been making products for 45 years, I have had the ability to redesign many of them. New machinery has more possibilities, and I’m simultaneously able to implement cost-cutting efficiencies and also add in improved functionality. I’m 75, and although sometimes I feel older (my memory isn’t what it once was!), as a designer, I keep getting better and better! That’s very motivating. I redesign our products, and with some improvements I think, “why didn’t I think of that 20 years ago?”

I love that you’re so fulfilled by your daily work.

Absolutely. I love what I do every day and I plan to be doing it for the next 20 or even 30 years!

I have been overjoyed by the happiness our consumers have shared from the start. Early on, I got postcards from people I didn’t know, and they would send pictures of wheels they saw on vacation. I was glad that I made a product that people enjoyed so much. It is a very happy job, so I can’t stop.

Tell me a bit about how Louët expanded into weaving.

Well, we thought we needed more products than just the spinning wheel and accessories. And most of the dealers that we had, sold both spinning and weaving. So, it seemed logical to expand into looms.

I started to look at looms, and I was adamant that we wouldn’t start with weaving equipment if we couldn’t significantly improve what was available. Luckily, by nature, I’m an improvement-finder. I found two important improvements that could be made: a moving breast beam (which gives the warp more elasticity) and the parallel countermarch. These improvements evolved into our first floor loom, the Hollandia loom.

Funnily enough, in Holland, we started at the moment when weaving was on the decrease in popularity. One dealer imported looms from Finland and had been selling hundreds a year, but by the time we were ready to enter the market, he was down to 50 a year.

However, we were very confident about the improvements our looms offered. A lot of people in Holland at the time had the traditional Scandinavian looms, which require more space than ours and we also made considerable improvements in functionality. We continued developing and producing looms to establish ourselves in the market and now weaving has recently gained significantly in popularity.

What’s your favorite design that you’ve made?

My favorite design is always the latest thing I’ve made, so that’s often not on the market yet. Some new products are in my head, some are already on paper and for some I have already built a prototype.

Thank you so much for sharing with us and congratulations on 45 years! 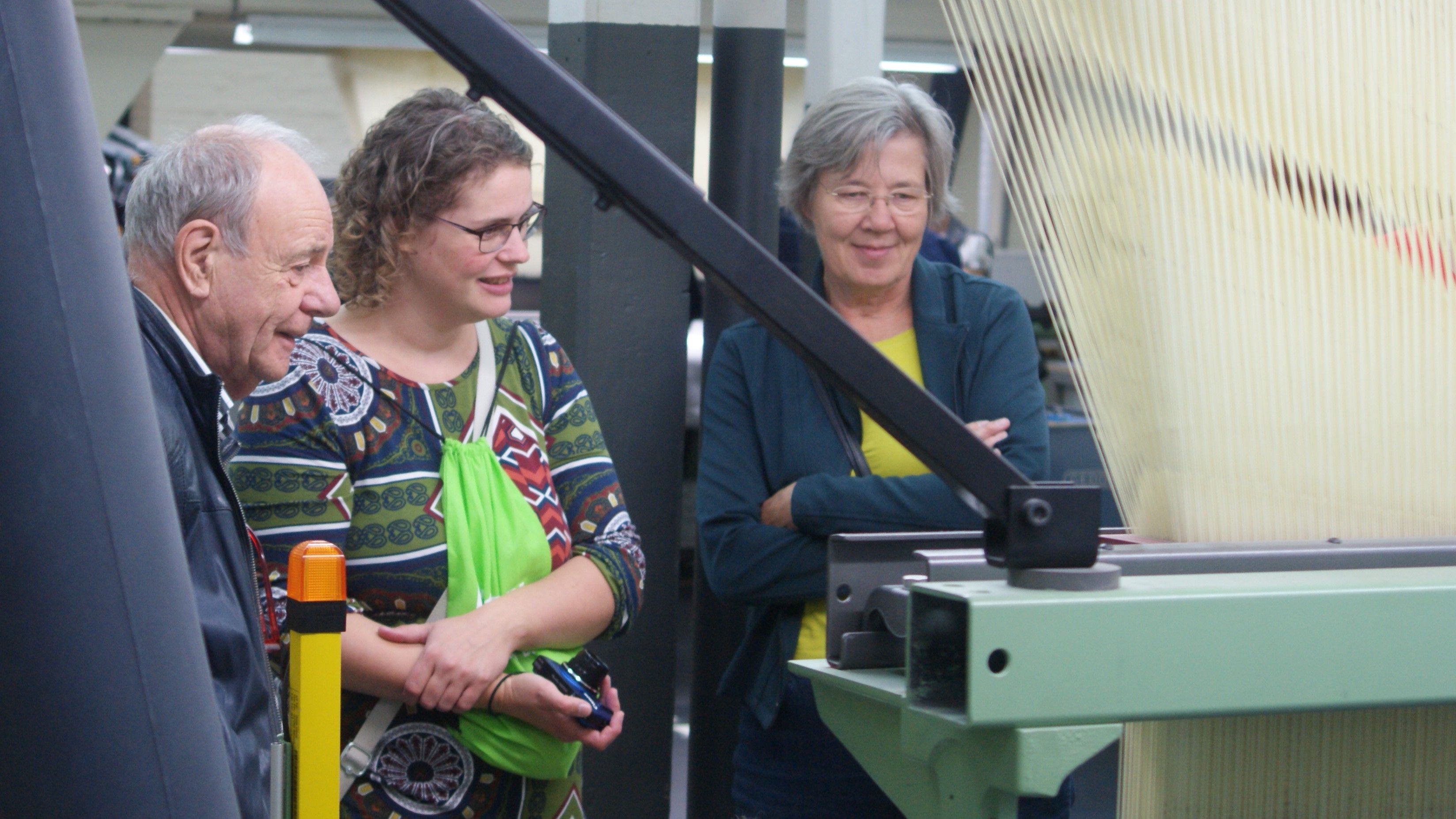 In order to offer our visitors the best user experience, we use cookies.OkPrivacy statement