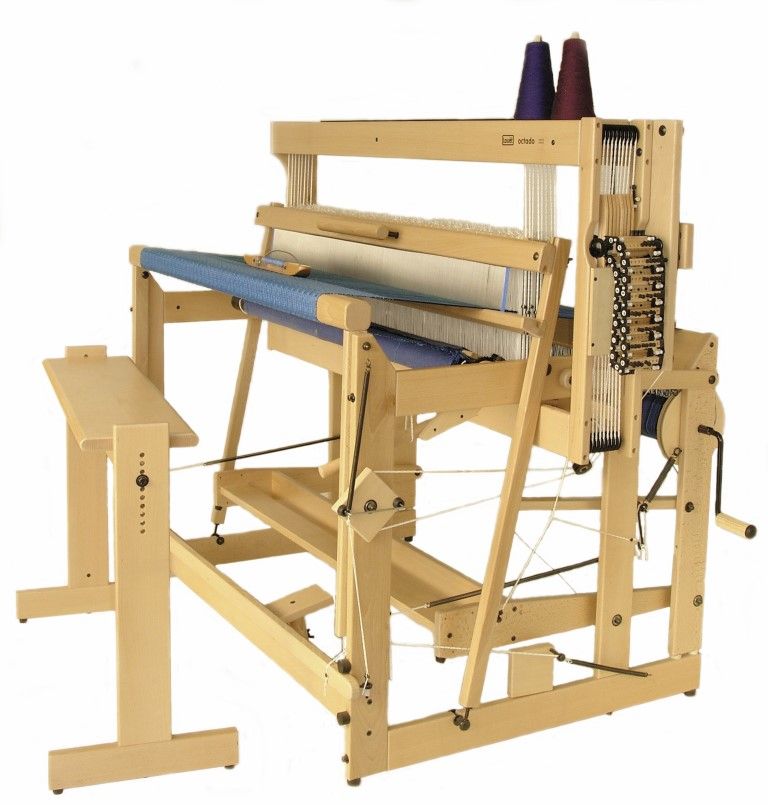 Dobby looms have a dobby system, which is used to program the harness combinations for the weave pattern. Dobby is short for “draw boy” which refers to the weaver’s helper who was used to control the warp thread by pulling on draw threads. The dobby mechanism replaces the treadle/lam combination of the traditional floor looms. The performance of a multi-harness loom is vastly improved by using a dobby mechanism, as it overcomes the major problems associated with the use of a large number of treadles. More information about our dobby looms can be found here.

In order to offer our visitors the best user experience, we use cookies.OkPrivacy statement